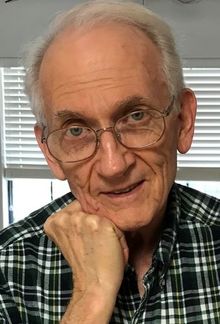 Basics
I created this site as a platform to share some of my short stories and readers' theater scripts. I think you can find the type of story you enjoy among my works. Being somewhat eclectic, I never specialized in a particular genre so here I divided my short stories into categories, each with title links to my story files.

Some of my short stories have been published in the following: The Flow, Calliope, The Legend, Emerald Coast Review, the Mensa Bulletin, Beneath the Rainbow, Story Star, and Short-Story.net (Details below*)

​Now a little about me. Born James Lynn Smith longer ago than I care to remember, I have lived mostly in the US Gulf States. After receiving the Ph.D. in solid state physics at Auburn University, I was at, different times, a research physicist, senior scientist, and electro-optical engineer. But I always endeavored to participate in the arts. Even at an early age, I drew, painted, and wrote stories. Not being concerned that these works were immature allowed me to revel in the doing. Back then I was sure that great fame and admiration would occur on its own....Never happened.

​Writing
During my graduate school years, emphasis on writing stressed correct grammar, clarity, and completeness for publications in the technical literature. The goals are quite different from those for creative writing. After finishing graduate school and starting an earning career, my free time activity naturally included story writing. The Flow was my first sincere endeavor in creative writing. I was editor of the church-sponsored periodical for one year, contributing stories as well as editing.

Years later, after beginning to live on retirement income, there was time to make story writing a serious pursuit. I took courses in creative writing at the Center for Lifelong Learning at a University of West Florida campus. My membership in the West Florida Literary Federation has also benefited me, but the greatest gain has come from being in a literary critique group. Six or seven members, skilled in the recommended practices for successful publication, critique each other's work. The object is not only mutual encouragement, but enhancing chances for publication and a wider readership. Most of my stories, since 2013, have each received six different critiques and aided in both simple editing and, sometimes, outright revision.

​Another advantage of a critique group is learning to balance completeness with an easier, briefer style of writing. There may be some stories where extra information is needed by the reader to set up a surprise ending. Whether it's okay to lose some readers because of this is a decision the writer must make. It's not always about the numbers, but the appreciation of those you can reach. My own examples of such stories are "Is Anybody Out There?" and "Restoration," both science fiction.

​Readers' Theater
​I began writing reader's theater scripts around 2010 to help a small church attain some variety in the service. Upon searching the internet, I found there were relatively few scripts available for adults in the area of spiritual development suitable for "new thought" audiences. The goal was not to sermonize, but illustrate situations or stories where practical spiritual principles enter one's life. Fellow participants and I started with five-minute book report dialogs and graduated to twenty-minute stories with three or more performers. A few of these scripts were reworked, even extended, to become short stories.
​
​*Details: Calliope is the official publication of the Writers' Special Interest Group (SIG) of American Mensa, Ltd--The Legend and Emerald Coast Review are both periodicals of the West Florida Literary Federation--The Mensa Bulletin is the national magazine for members of American Mensa, published 10 times a year--Beneath the Rainbow is an print anthology of short stories edited by Steve Burton & Russell MacClaren and, as a weekly, appears online at www.beneaththerainbow.com--Story Stars is online at www.storystar.com--And www.short-story.net is another online short story publisher.